Paula joined the Air Force and was stationed at Robins AFB, GA. Her enlisted rank was Airman First Class (A1C).  Paula was in the 581st Air Force Band and played the clarinet and bagpipes. 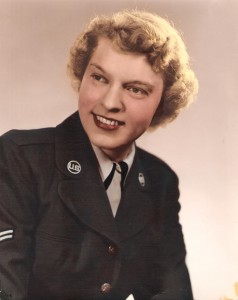 Virginia enlisted in the Air Force from 1952 to 1955, where she was an Airman First Class(A1C). She worked in the personnel office, Headquarters Air Weather SUS. Another duty station was the 4412th Squadron, Langley, AFB, VA.